When I'd finished building the Lego Apollo 11 set, i realised that such a special model needed to be on permanent display. 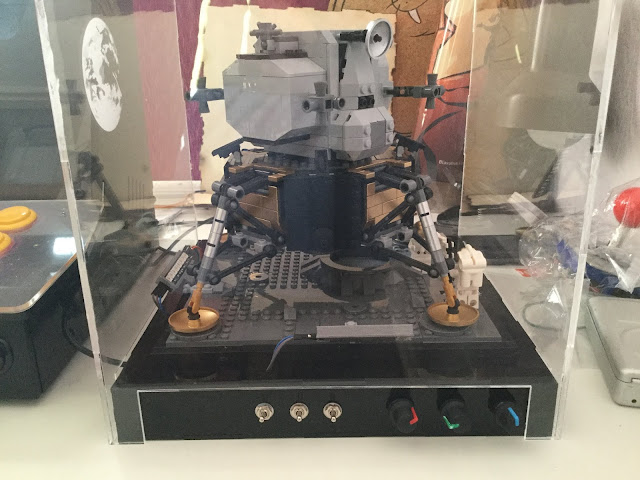 But if you've ever left some Lego out on a shelf for a few days you'll be aware that it attracts dust like jam attracts ants.

So I decided to make a simple perspex box to keep it under.

But then I started to think about adding some lights to the box... then I wanted to be able to control the lighting...so that would involve adding  a Raspberry Pi.... and things escalated from there.

- A button to trigger audio samples from the moon landing, played on a Pimoroni SpeakerPhat.


- Neopixel sticks to illuminate the scene and provide mood lighting. Ther are attached to the Lego using 3D printed mountings. 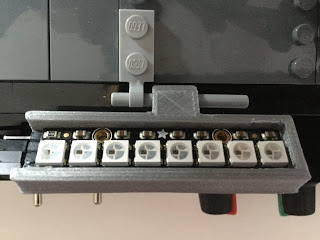 The neopixels  also used to indicate the status of the Raspberry Pi Zero that runs the whole thing. For example they perform a  single LED Larson scan at startup.

- An image of the Earth etched onto the box 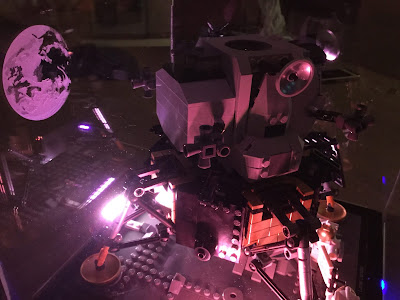 - 3 switches to 'program' different lighting moods and safely shutdown the Pi that controls everything. I liked the idea if being able to essentially alter the program by flipping switches, a bit like the Apollo guidance computer. I couldn't find any reasonably priced flat switches but might try to 3D print some paddles to add to these ones at a later date.


The gubbins inside could do with some tidying up but should be robust enough (and there is plenty of space) - everything is either soldered or uses screw terminals. 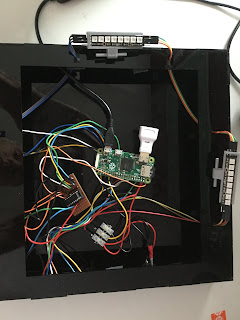 Here are some other images of the case 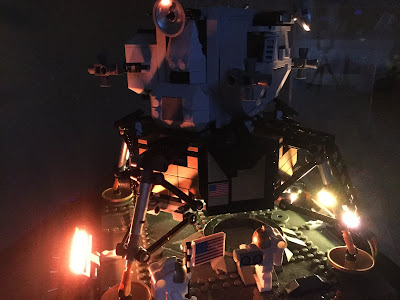 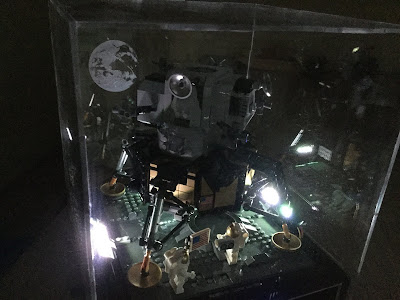 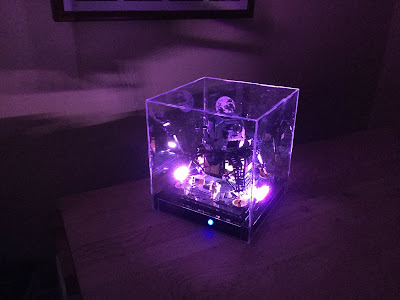 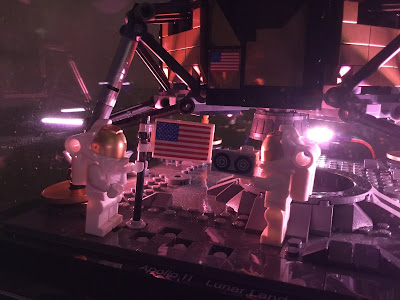