We had another quick test flight of the kite-mapping rig today. 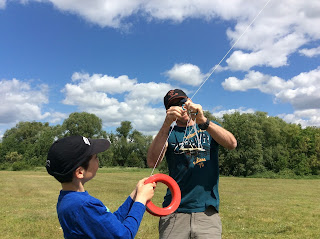 I'd drilled the balsa picavet so the A+ Pi case actually screws onto it now,  rather than being held in place by elastic bands or cable ties. 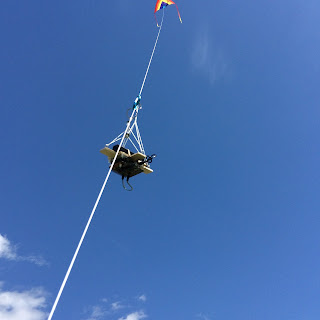 I'm glad I did, as this flight certainly tested the robustness of the whole assembly, as can be seen by the altitude readings recorded by the Pi. 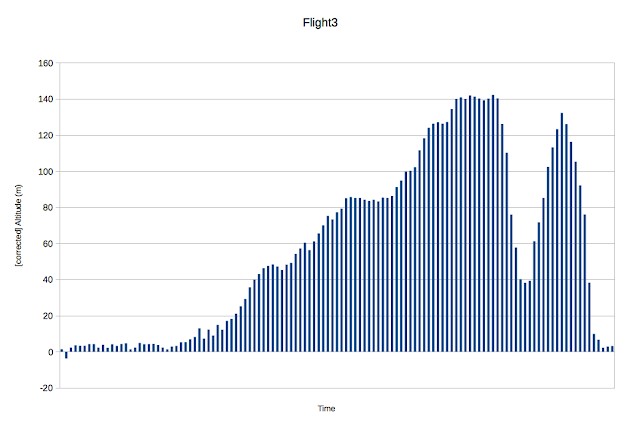 After roaring into the skies, and collecting a few excellent images, the wind suddenly dropped and so did the Pi.  I managed to keep the kite in the air for a short time before a second plummet ended this test flight rather more abruptly than I'd hoped. 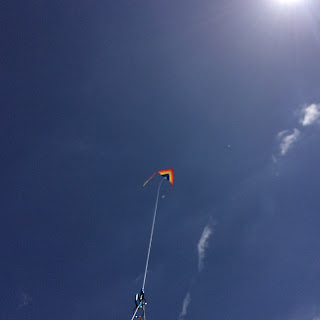 Fortunately,  I always attach the picavet a few metres below the kite so that (in theory) it will touch down while the kite is still aloft and providing some lift as opposed to crashing directly into the ground. This worked well today and the Pi was also lucky that it ended up in a soft patch of tall nettles. My legs were not so lucky - 8 hours later and they're are still tingling from the stings. I knew I shouldn't have worn shorts.... 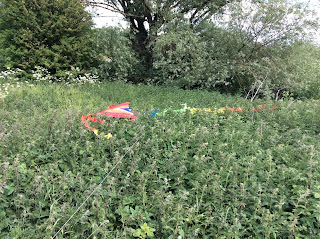 Here is the touchdown site  from the Pi's perspective: 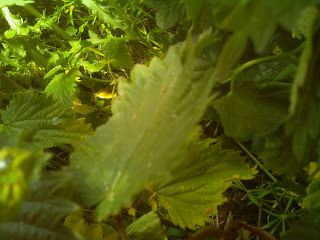 Nevertheless, despite the short duration of the flight, I still managed to capture a few good images, enough to add some tiles to a map of Bedfont Lakes Country Park: 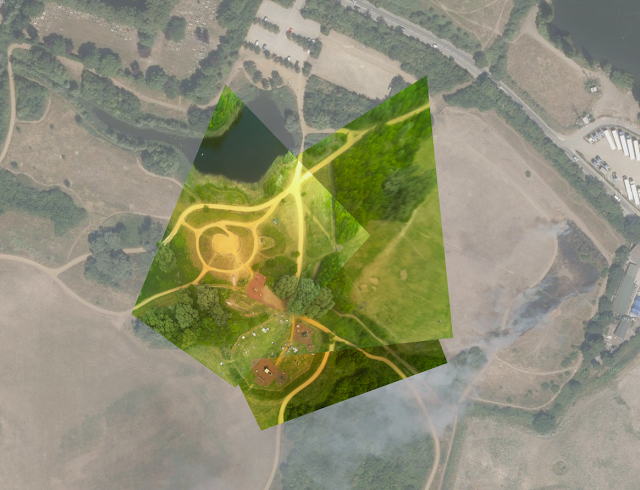 I like that you can see all the changes to the playground area since the Google Maps image was taken. 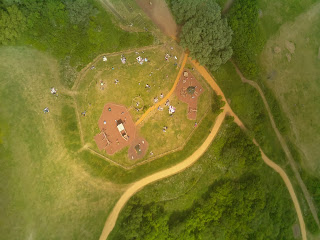 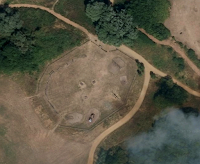 The Pi seems no worse for wear and is still working fine, so I suppose you could say this was a successful test flight.Nevertheless, I think a sturdier, surrounding case should be a priority!
Posted by topshed at 05:06