Since starting a new job earlier in the year I've had to make a lot of  adjustments to my fitness schedule. One thing I really miss are the exercise classes I used to attend. I particularly miss the High Intensity Interval Training sessions which were a great way get a quick cardiovascular workout.

I'd been rolling my own version at home in the back garden for a few weeks and found that although these sessions worked reasonably well,  I missed the class instructor who used to call out the next exercises and provide motivational commentary. Keeping track of what exercise I've just done gets increasingly difficult the more tired I get.  I also found it annoying to have to check my watch for when to pause between exercises and re-setting a timer every 20 seconds is annoying.

Obviously it would be hard to simulate the enthusiasm of a trainer but the exercise choice and timings seemed like a straightforward thing to automate with a Raspberry Pi. 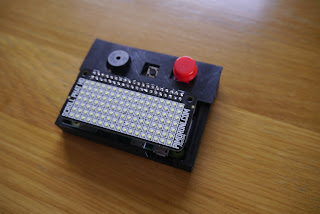 I wanted a visual and audible alerting mechanism and something that would be small enough to be readily portable and run from a standard power bank.

Here is the finished prototype: my Pi-rsonal Trainer. 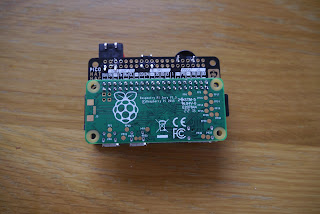 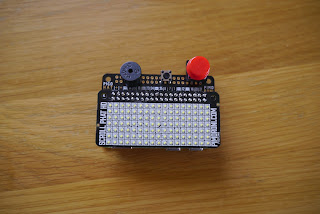 For my HIIT sessions I like to have 4 repetitions of 10 x 20s periods of exercise interspersed with 10 second rests.

Some simple Python code runs at startup-up. When the bigger button (on GPIO19) is pressed, the sequence begins with an on/off flash of all the LEDs on the ScrollPhat . An exercise is selected at random from a list and this choice is scrolled across the matrix for 5 seconds, followed by a 5 second countdown accompanied by beeps. Then there's another flash and the 20 second exercise period begins. The exercise being undertaken is constantly scrolled across the LED matrix until the last 5 seconds when there's another beeping countdown. Then there's a 10 second rest period during with the next exercise is scrolled. And repeat 10 times.

Then repeat all that 4 times!


The LEDs of the ScrollPhat HD are nice and bright, and visible in full sunshine. The beeps are annoyingly shrill so that I can hear them even though I'll normally be listening to music on my earbuds. This means I don't have to keep watching the LED display to now when the various intervals are finished.

The code is easily customisable if you want different exercises or want to alter the timings. You could just as easily program a Yoga session rather than a HIIT workout!
Posted by topshed at 01:43